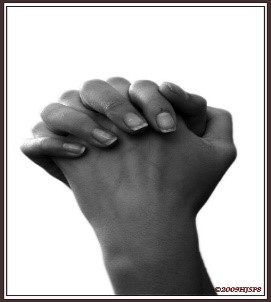 President Museveni has sanctioned the easing of some coronavirus restrictions recently, due to the  decline in infection rates.  A second wave of infections which began in May has eased, but not all businesses have reopened.  Only about 4.5% of the population have received two Covid-19 vaccinations.  Sadly, there is a reluctance amongst some Ugandans to accept the vaccine due to misinformation and rumours widely circulated on social media.

Earlier this week (Tuesday) two bomb blasts occurred in Kampala, killing 6 people and injuring 36. The bombs were detonated by suicide killers, one near the police headquarters and the second near the Ugandan parliament buildings. Responsibility has been claimed by an Islamic State group. Gabriel has messaged,

“We don’t know the intentions of these people but the Lord will see us through”.

Two explosions also rocked Kampala earlier this month, killing at least three civilians in what police described as a co-ordinated attack by extremists. Three suicide bombers also died in the blasts. The explosions caused chaos in Kampala as terrified residents fled the city centre. The explosions occurred within three minutes of each other and both were carried out by attackers carrying explosives.  A possible attack at a third scene was foiled by police who pursued and disarmed a suspected suicide bomber.  One explosion was near a police station and the other on a street near the parliamentary building: the subsequent fire engulfed cars parked outside. At least 33 people are being treated at the city’s main public hospital and five are critically injured.

It is now possible for up to 200 people to gather together for worship at Church services.  Luwero Church holds 3 services every Sunday.  The gospel is still being preached every day via loudspeakers.  Bible studies are held every Wednesday and prayer meetings every Friday.  Many are giving their lives to Christ and fifteen new converts will be baptised in mid-November.

The Primary and Secondary schools continue to be closed.  In his last presidential communication the President said schools will reopen in January, when all schools workers have been vaccinated. The majority of the population are not yet vaccinated, so we pray and hope that by January schools will resume.

Some of the children in our schools lost their parents due to Covid and other issues.  Sponsored children are all with their relatives or guardians, and Gabriel has kept in touch and has been supporting all of them. When schools reopen, updated lists of the sponsored and non-sponsored children will be reviewed because Covid has caused many to move and scatter.

Gabriel tells us that, “We decided in faith to start doing some renovations of the school buildings” in anticipation of the children returning.  Renovations have been ongoing, eg repainting, repairing broken walls, blackboards, verandas, desks and chairs, etc.

The economy has not yet stabilised in many areas of life.  Most people in the local area are struggling financially to make ends meet.  Deborah and Gabriel have helped in a variety of ways, but sometimes the needs are too great and too many.

Construction work at the boys and girls dormitories had stopped temporarily because of the scarcity of workers in building industry.  Prices and wages had gone up.  Gabriel asks that we pray for wisdom in the ‘new normal’.

At the beginning of November, Gabriel was invited by local pastors to travel to eastern Uganda to speak at a three-day seminar dealing with church planting and growth.  Whilst there, he looked into the possibility of planting another church.  More news will follow.

Plentiful rain, which is good for most of the crops, has meant that beans were destroyed.  However, bananas and maize are doing well and hopefully a good harvest will be reaped in February. The animals are in good condition and have lots of good grass to keep them going.  Gabriel has identified 200 acres of prime farming land for sale, and has been in contact with the owners to explore options.  Our Trust has set aside some funds for land acquisition, as and when it becomes available, to develop a farm in its own right to both support the project and provide a source of income.

2022 Luwero calendars are now available. The good news is that we have been able to reduce the prices from those reported in our last Newsletter, to keep them the same as last year.  The prices for wall calendars is now £9.00 and desk calendars are £5.00, plus a donation for postage and packing where appropriate.  Calendars can be ordered via this website, by email at [email protected] or post from our office address.

Greetings from the team

Gabriel, Deborah and the team at Luwero send their heartfelt love, thanks and appreciation to you all for all you have done for us in Luwero.

Thank you very much friends, brothers, sisters and partners in the work of reaching out to the lost, emptying hell and filling Heaven in Jesus’s Name. May the good Lord bless and keep you and love you and your families. In Christ Alone we put our Trust.

God bless you all.

Gabriel, Deborah and the Luwero Team

We give God all the Glory for we are still alive. We pray and hope you and your family and friends are also well. We are all fine in Uganda.

We ask that you continue praying for: 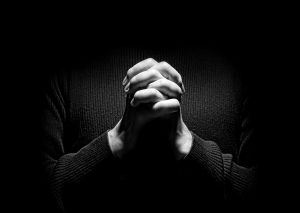