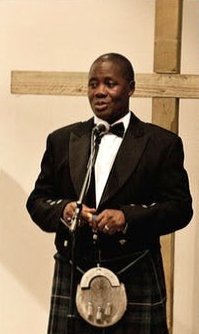 As you may be aware, Gabriel returned to the Project just before Christmas, having spent time in Europe during October, November and December to meet with supporters.  He arrived in the UK towards the end of October for a nine-week visit.  Immediately before that, he had visited our German sponsorship group Christliches Kinderhilfswerk Luwero Uganda (CKLU) at various locations across Germany during his three-week visit.

Whilst in the UK Gabriel travelled extensively across the country from Gairloch in north-wests Scotland to Worthing on the south coast of England.  Venues have included Northern Ireland, East Kilbride, Prestwick, Northamptonshire, Colne, Leyland, Glasgow, Cheshire and Dumbarton.  He visited supporting churches, primary and secondary schools, para-church groups, Bible Colleges, participated in radio programmes and sang at a specially arranged concert near Glasgow.  At times his programme was quite intense.  Over one 3-day period Gabriel visited seven primary schools and spoke in 17 classes to tell children about life in Uganda.

Contact with many who have supported Gabriel and his work over the past 20 years has been renewed and consolidated. New contacts have also been established during his visit. At the concert in Glasgow, featuring Gabriel and the Inspire Choir, a CD featuring Gabriel singing some of his favourite hymns was launched.  Copies are available from the office via the website or by post priced at £8.00 each.

Gabriel kept fit and healthy during his visit, due no doubt in part to the kind and generous hospitality shown to him throughout his time here. We are grateful to the many people, churches and organisation who hosted Gabriel during his visit. He is indebted to everyone whom he met whilst here.  We acknowledge the sacrifice made by his family, Deborah and Priscilla, and the team at Luwero who continued the work of the Projects in his absence.

Gabriel returned to Uganda shortly before Christmas where he went straight into a busy programme with the local churches in Luwero (after a big hug from Precious!). 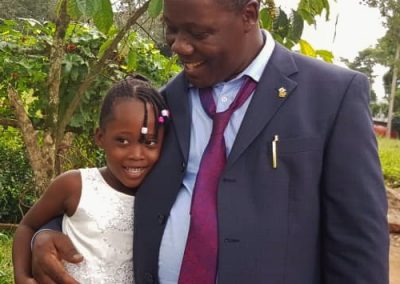 Christmas and New Year at Luwero

The Christmas Day programme included morning service at the church, Christmas lunch and the final match of a local football competition hosted at Luwero.  Boxing Day was spent distributing 600 gifts in the local community and New Year’s Eve was taken up by an all-night prayer service at a local football stadium, where several thousand people joined together. 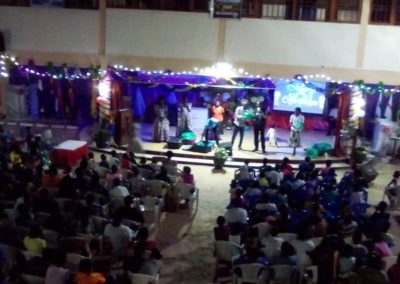 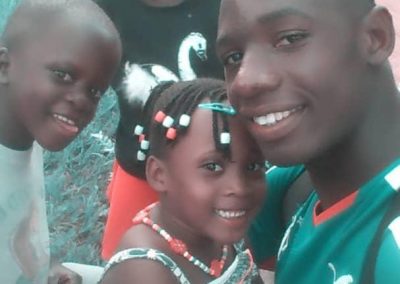 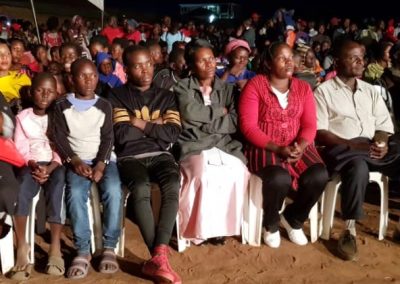 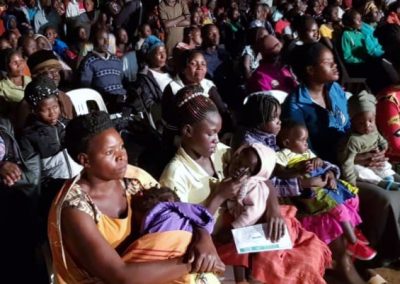 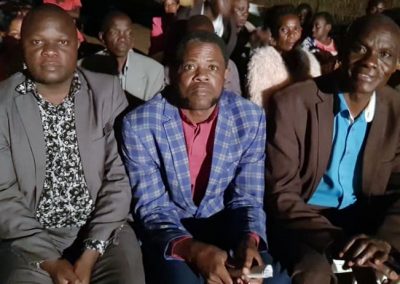 I am delighted to report to you that Nurse Rose, who has been in charge of the clinic for the past 3 years was married on 30th November.  She has now left the project to embark on this next stage of her life with her new husband.  All our best wishes and blessings go with her. 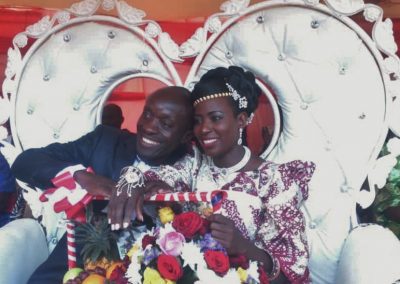 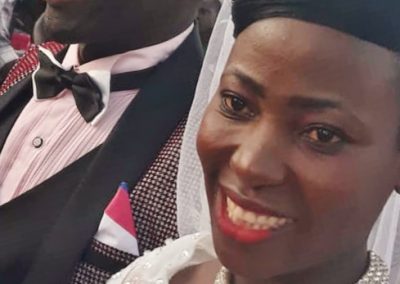 As previously mentioned, Gabriel recorded a CD entitled ‘Gabriel’s Favourite Hymns’.  The CD has been produced, mastered and now launched.  It includes timeless classics like Amazing Grace, What a Friend We Have in Jesus and When I Survey the Wondrous Cross.  Copies of the CD, priced at £8 each, are now available from the office and can be ordered by email or post. 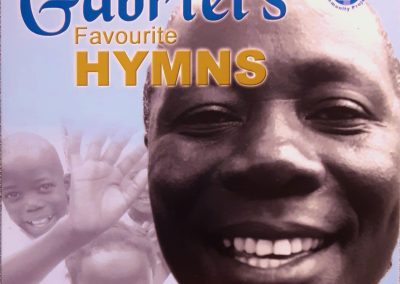 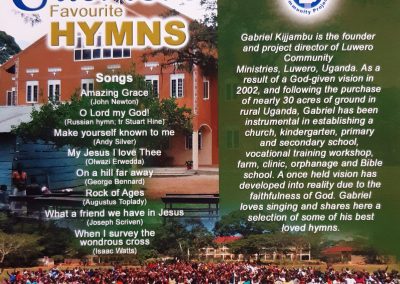 During Gabriel’s visit to the UK, a number of people expressed a desire to visit Luwero either in 2020 or 2021.  Anyone planning to do so should contact the office to avoid dates of visits overlapping.

School pupils are on holiday from school until 3rd February when the new school term starts. Those who sat P7, S4 & S6 exams still await their results.  Please pray that the children had a refreshing break and that their exam results are positive.  Please pray especially that as many of them as possible return to school for next term. 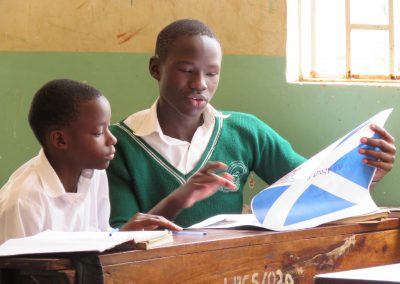 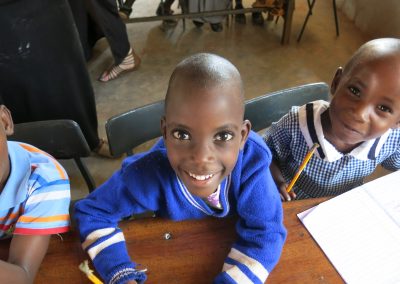 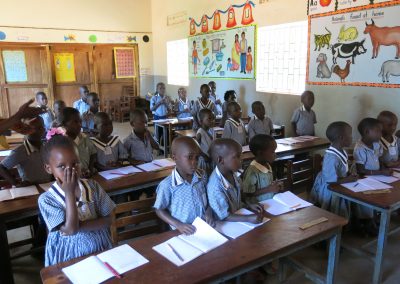 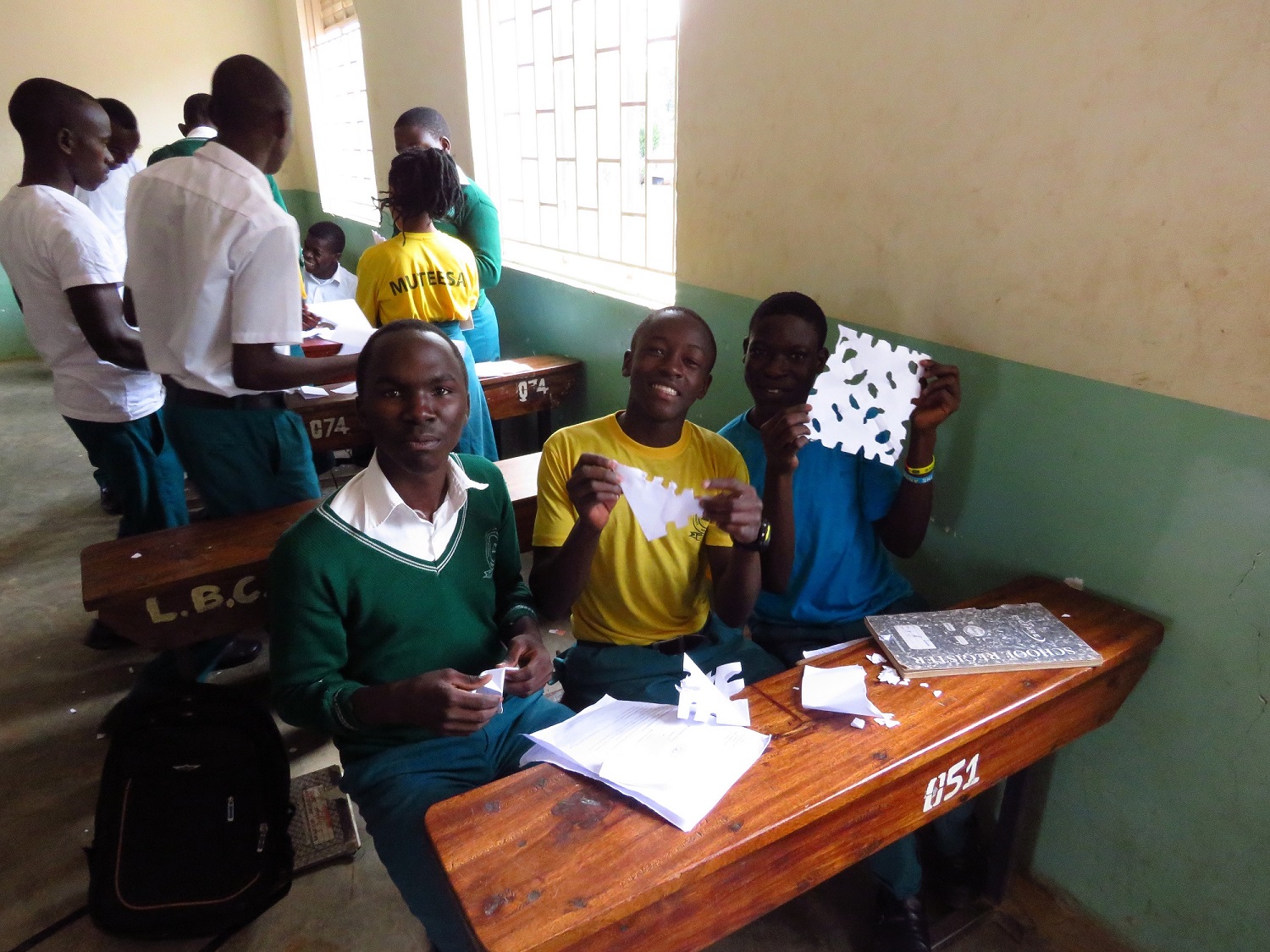 Proud of their work