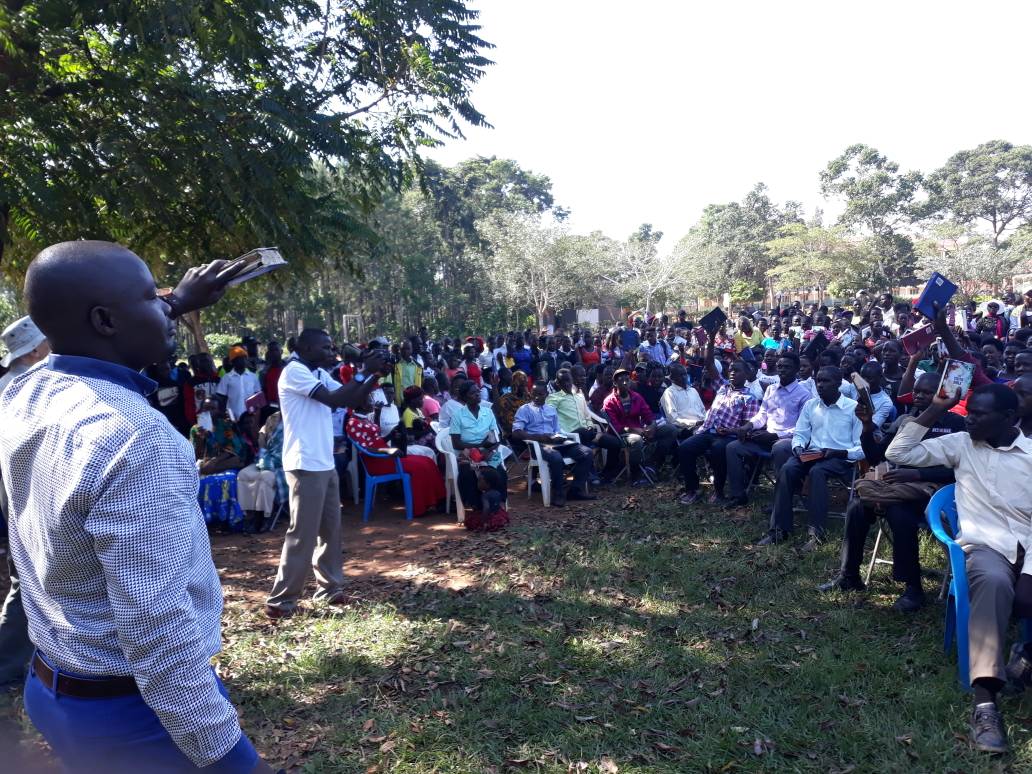 The 13th annual youth camp took place recently and a full report on it, written by Ernie Bayton, is shown below.

We are grateful to the Lord for his goodness and for the many friends and supporters of the Luwero project who prayed for our 13th annual youth camp. The camp, attended by approximately 800 young people, was residential for most with a few daily visitors. Starting on Monday 9th it ended on Friday/Saturday 13th/14th with an all-night prayer meeting.

‘O Lord that you would bless me and enlarge my territories’ otherwise known as the ‘Prayer of Jabez’ (1 Ch 4:10) was the theme for the camp. To develop the theme, a series of 14 talks was delivered from the book of Joshua, which lent itself ideally to practical lessons about deepening, developing and extending our Christian commitment and effectiveness. One of the last teaching sessions was given at midnight on Friday night (no-one fell out of a window!).

This year a Kenyan brother, Peter Opolo (left), who met Gabriel 20 years ago when they both studied at Capernwray Bible School, also spoke at the camp. Peter works with young people. He complemented the teaching on Joshua by sharing a series from Ephesians. Other local speakers spoke at various sessions during the week. In addition to the plenary teaching sessions, camp activities included workshops, competitions, testimonies, quizzes, games, community work (where a team of 100 young people went out into the community and did practical work such as cutting back bushes, clearing rubbish, tidying up public areas, etc.).  There were door-to-door visitations in villages sharing the gospel, sports (which included basketball, netball and football competitions), films and talent contests, HIV/Aids testing and blood donor programmes.

Once again we were able to distribute Bibles either in Luganda or English for those not having their own. Each day commenced at 4.30 am with ‘Morning Glory’ and closed at 10.00 pm with lights out.

Gabriel and Deborah, as hosts for the week, had 27 teams of personnel each under the leadership of a local pastor responsible for the many activities required to run the camp such as registration, cooking, translation, dormitory provision, setting up and removing equipment, ushering, etc.

During the week many young people responded to the gospel invitation to accept Jesus as their Saviour.  Others rededicated their lives to the Lord and many were strengthened in their faith. We give God all the glory. Thank you again for your prayerful support. 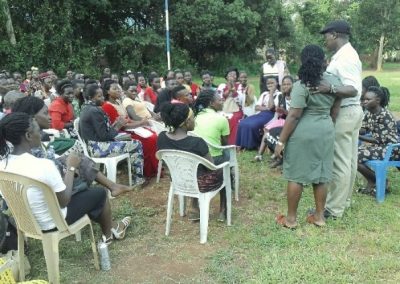 As you may be aware, Gabriel is currently in Germany for 3 weeks to meet with supporters. The German Trust has now been set up and is fully operational: it mirrors our UK organisation. We wish our German friends well as they continue to develop their own support base. It has been a privilege to be of some help to them establishing their own charitable foundation.

Later this month Gabriel will arrive in the UK to meet with supporters and update folk on the progress being made at the Project.  His itinerary is shown below.

Other dates and venues are under discussion. For local details regarding location, timing, contacts, etc. please contact the office via this website.

The schools continue to thrive and the pupils are as busy as every.  The big news items are that the Senior 4 candidates began their final exams on Monday of this week and the Primary 7 candidates are going to be dedicated on Saturday this week because their finals are due next month.  The rest of the classes, both primary and secondary, are doing their mid-term exams.  Please pray that the pupils stay focused, work hard and gain the rewards of their endeavours. 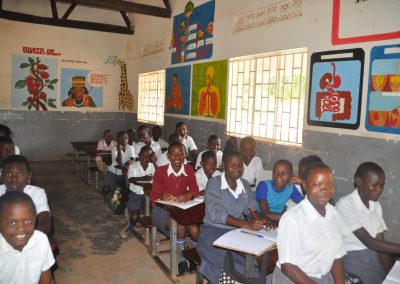 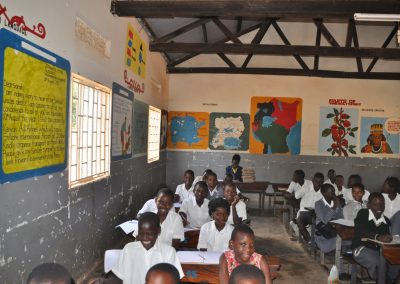 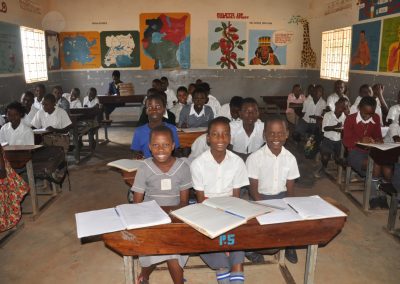 The latest visitor to spend time at the Project was Stuart Wynne from Glasgow.  Stuart was studying aspects of the Project as part of his Honours dissertation for a degree in Geography and Economics at Glasgow University.  While he was there he interviewed approximately 20 people living and working in the Project and the local village to gain their perceptions of the value and impact of the work done by volunteers over the last few years.  He also helped out in various parts of the Project during his 2 week stay.

Luwero 2020 calendars are now available.  Large calendars cost £9, small calendars cost £5. Please allow an allowance for postage and packing if required. Orders can be placed via the website.  They make a great stocking filler.  Order early to avoid disappointment!